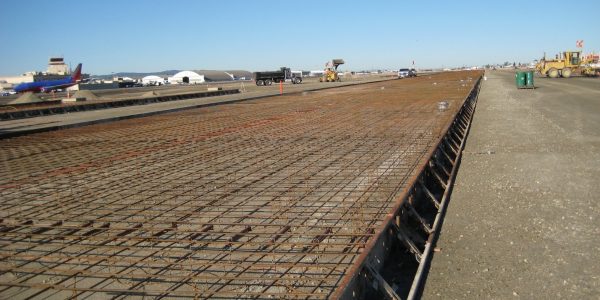 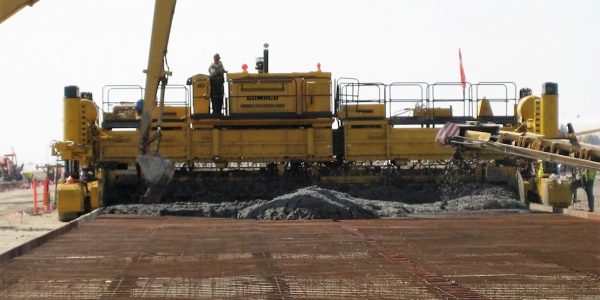 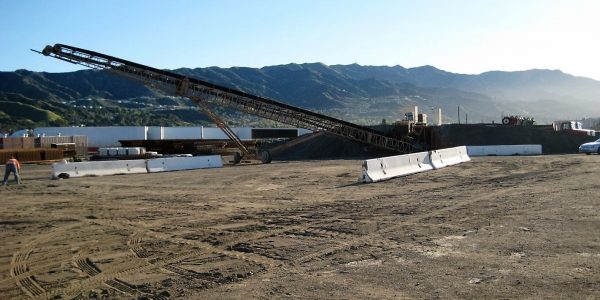 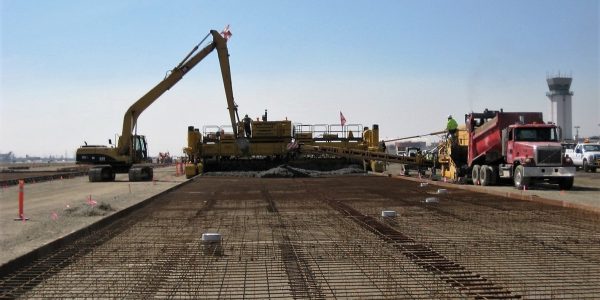 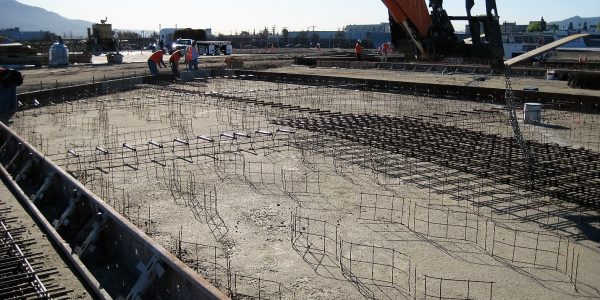 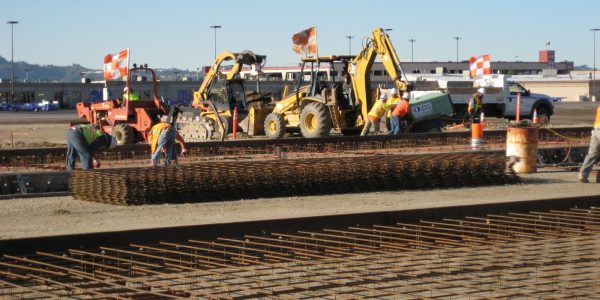 The Bob Hope airport was originally opened in 1930 and served as the largest commercial airport in the Los Angeles region until 1946. Today, the airport services Glendale, Burbank, Pasadena, and the San Fernando Valley with 7 major carriers and over 70 flights per day. It is the only airport with direct rail service to downtown Los Angeles. Amid considerable opposition toward expansion of any kind, this contract was awarded to extend Taxiway D. The original contract specified a sole source for the concrete aggregate. Initial trial batches resulted in low flexural strengths. CSI’s knowledge of the local aggregates and concrete mix design resulted in an extensive trial batch program that ultimately provided the Airport Authority with high quality concrete.